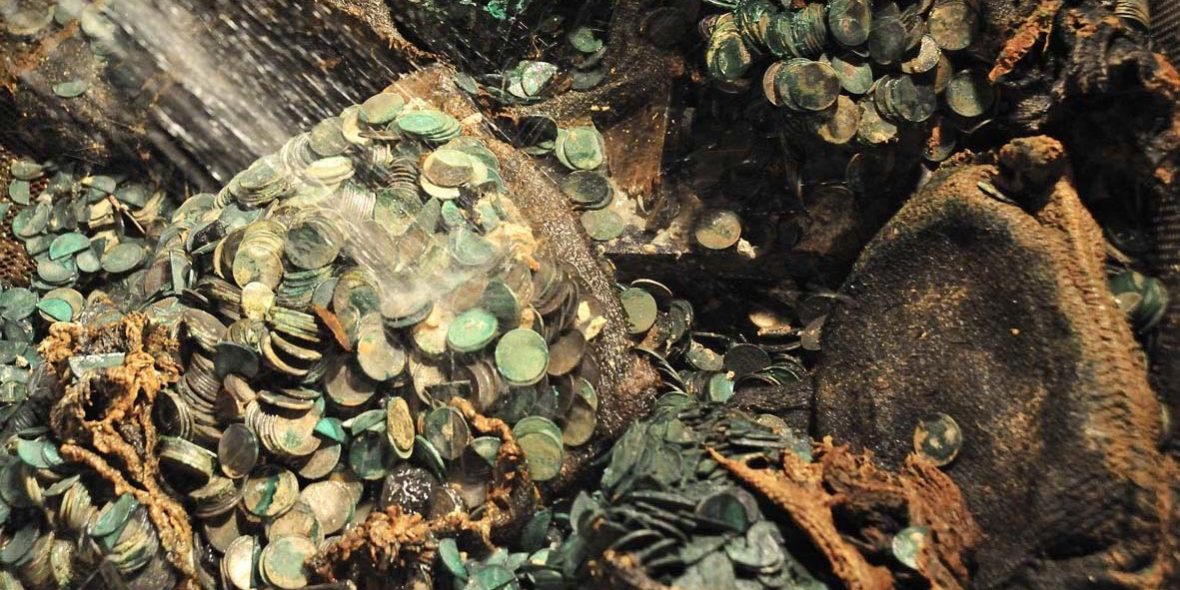 Under contract to the UK Ministry of Transport, DOS recovered close to a hundred tons of silver coins from steam ship City Of Cairo laying at a depth of 5150m – a world depth record.

“DOS recovered close to a hundred tons of silver coins from a depth of 5150m – a world depth record.”

The team quickly found that operating at this depth caused serious technical difficulties which were new to us and which had to be resolved, quickly. The combination of pressure, temperature, repeated dives at this depth and other issues resulted in multiple breakdowns of systems such as we had not experienced before when working in 3000 – 4000m depths. Some of these issues were new to our suppliers too. However our team overcame them which resulted in our ability to make our equipment work non-stop for days on end at these extreme depths – an invaluable and critical lesson for DOS for the future.

Many items were seen on and around the wreck including the end section of the second torpedo, where the contra-rotating propellers could clearly be seen. Apart from the silver cargo this was the only item recovered from the site.

DOS left a plaque commemorating their finding and visiting the ship before they left the site finally on the 25th September 2013.