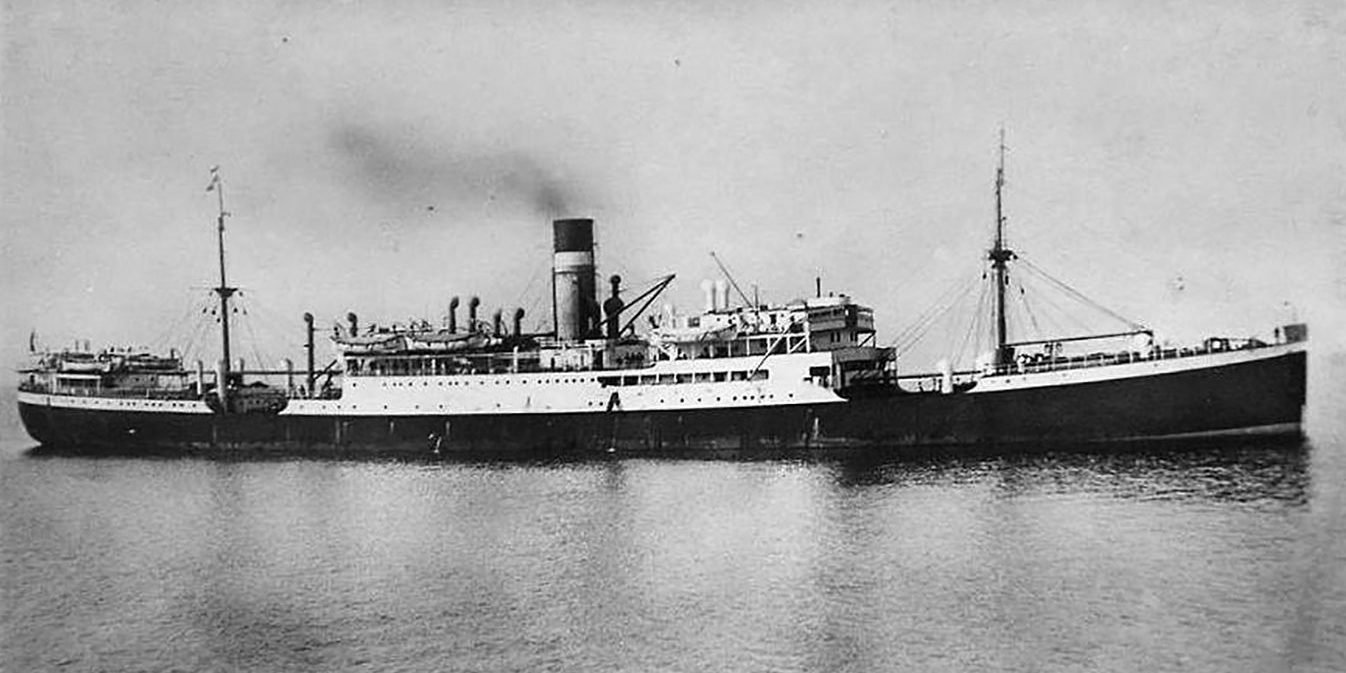 She was spotted by U-68 on the 6th of November 1942 and torpedoed at 2030 hrs. The engines were stopped and preparations made to abandon ship. A second torpedo was fired 10 minutes after the first and the ship sank a few minutes later.

The surviving crew and passengers were in the lifeboats when the submarine approached to question captain Rogerson. The U-Boat captain, Karl-Freidrich Merten, told him how far he was from Brazil and left saying, “goodnight, sorry for sinking you” (which became the title of a book on the loss of the City of Cairo, by R. Barker).

DOS decided to look for the wreck of the SS City of Cairo and in November 2011 started operations. This was to be a difficult search as the water depth would exceed 5000m, the weather, swell and currents were known to be challenging and the presumed site was some 1000 miles from the nearest land in the foothills of the mid-Atlantic ridge.

“Under contract to the UK Ministry of Transport, DOS recovered several tens of tons of silver coins from a depth of 5150m – a world depth record.”

Our research came up with the usual contradictions between the positions given by the submarine and that from the ships officers. A large search box was put together to try to reconcile these diverse statements. The seafloor was difficult with ridges and canyons throughout the area and the water depth varied between 5100 and 5500m.

A small target with little height and reflectivity was seen in amongst a hillside and was subsequently dived upon, with some reluctance, as it didn’t correspond to our expectations of what a wreck should look like at all. However, DOS’s procedures require that all targets which appear not to be natural be inspected. It turned out that it was a wreck and the identity was finally confirmed to be that of the City of Cairo. The ship was broken in two and buried deep in the seafloor silt. Parts of the ship had meters of mud heaped upon it, which goes some way in explaining the lack of height and of reflectivity.